Ischemia/Reperfusion (I/R) injury is defined as the cellular damage that results from a period of ischemia that is followed by the reestablishment of the blood supply to the infarcted tissue.

Myocardial ischemia, also known as cardiac ischemia, is defined as the deprivation of oxygen and nutrients to the heart. This phenomenon occurs during a myocardial infarction, when an occlusive thrombus within a coronary artery prevents blood supply to the myocardium, but can also occur during cardiac surgery as a result of pharmacological intervention to temporarily stop the heart. Reperfusion restores blood supply to ischemic tissue, but this is paradoxically associated with further tissue damage.

Under ischemic conditions, the lack of oxygenated blood supply to the myocardium means that the energy demands of the heart cannot be met. Numerous metabolic changes result from cardiac ischemia and, if it is prolonged, ischemia may result in irreversible injury. Hypoxic ischemic conditions and the rapid decline in oxygen availability blocks ATP production by oxidative phosphorylation, leading to reduced contractility of the heart. A prolonged reduction in contractility can itself induce ventricular dysfunction.

During anaerobic metabolism, glucose, glycogen and glutamate are broken down and lactate, alanine, succinate and hydrogen ions build up. A build-up of hydrogen ions lowers the pH of the intracellular and extracellular environment. The acidic environment inside and outside cardiomyocytes gradually affects ion homeostasis, leading to increases in intracellular Na+ concentration. Increased Na+ concentration prompts a resultant increase in Ca2+ ions in a phenomenon known as 'Ca2+ overloading'. Apoptosis and necrosis of cardiomyocytes induced by Ca2+ overloading can cause irreparable damage to the heart. 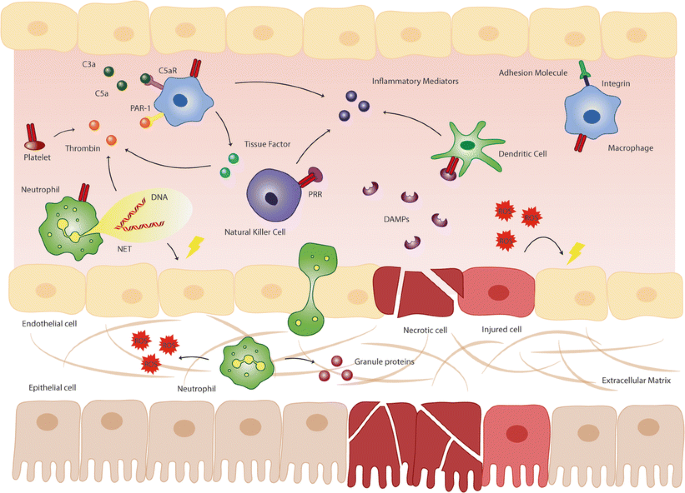 The reperfusion of an ischemic myocardium following a period of ischemia is also a focus of research. Restoration of blood supply to the ischemic zone triggers tissue damage via the release of intracellular enzymes, sarcolemmal rupture, Ca2+ influx and cardiomyocyte hypercontracture. Rupture of the sarcolemmal membranes leads to the movement of Na+ ions through gap junctions between adjacent cells and the induction of reverse Na+/Ca2+ exchange, propagating the damage to neighbouring myocytes. This process of initial ischemia-related damage followed by further damage induced by reperfusion is known as ischemia/reperfusion (I/R) injury.

The cell death that underlies I/R injury is characterized by features typical of apoptosis, autophagy and necrosis. A key regulator of both apoptotic and necrotic cell death is the mitochondrial permeability transition pore(MPTP). Low pH, induced during ischemia, inhibits MPTP opening; only upon reperfusion does pH return to normal. Elevated matrix Ca2+ concentrations and reactive oxygen species (ROS) are the primary activators of the MPTP during I/R. Inhibition of ion exchangers that influence cytosolic Ca2+ levels, such as the Na+/H+exchanger (NHE) and Na+/Ca2+ exchanger (NCX), have been shown to reduce I/R injury. In addition to agents targeting the NHE and NCX, inhibitors of MPTP also help protect against reperfusion injury.

Recent cardioprotective targets include GSK-3β, a multifunctional kinase that has also been linked to protection against I/R damage; the mitochondrial calcium uniporter (MCU), which has been linked to the cardioprotective response to ischemic preconditioning; and the sarco/endoplasmic reticulum Ca2+-ATPase (SERCA). Enhancement of SERCA activity has been shown to reduce infarct size and preserve cardiac function in a rodent model of transient myocardial ischemia. Administration of interventional drugs at the initiation of reperfusion is limited since they must be introduced within 10 minutes of reperfusion starting, yet therapeutic targeting of intracellular processes invoked during both ischemia and reperfusion remain a promising strategy for the prevention and/or limitation of both the occurrence and the extent of I/R injury.